As a retouching artist you have probably already understood that we don’t work in a vacuum. We retouchers are always a part of a team that strives toward a common goal: the creation of a beautiful image. And knowing how and why other creative professionals on your team do their part of the job will benefit you immensely.

Today we are going to look at a few tricks you can learn from your makeup artist, that could be helpful when making your post-production decisions.

Makeup artists use blush to create an illusion of a healthy flush. It is applied on the apple of the cheek, imitating the result of blood rushing to the surface of the skin. Quite often retouchers make a mistake of color-correcting the blush when evening out the hue shifts on the skin. This results in a flat-looking, colorized skin. You should not remove it altogether, instead gently blend in if you feel its “border” is too harsh. 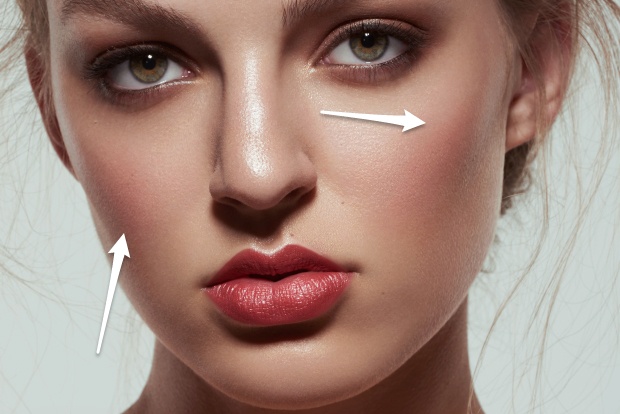 Which is the one thing you want in your cat litter, but never in your mascara? Correct, clumps! Unfortunately, extreme close-ups may be unforgiving in this aspect and even with the best makeup prep you still might see the tiny clumps of mascara on the lashes. Make sure to clean up the lashes with your Clone Stamp, as it contributes to the overall much tidier look.

Speaking of lashes, makeup artists use certain techniques for mascara application, wiggling the wand around the base of the eyelashes. It is done to ensure that every lash is separated properly and has a defined shape – thicker at its root, tapering towards the end – and the mascara is applied on them evenly.

This is how you want the lashes to look in the finished images. When cleaning up or adding extra lashes, be mindful of their shape – try to avoid making the ends look thick and chunky.

You might have seen your makeup artist apply eyeliner or a dark pencil to the waterline of the upper eyelid. This is done to make the lash base seem thicker and thus lengthen the eye visually, making it appear “sharper”. When retouching the eyes try to darken the rim of the upper eyelid, make sure you don’t leave too much of bright waterline showing through the lashes. 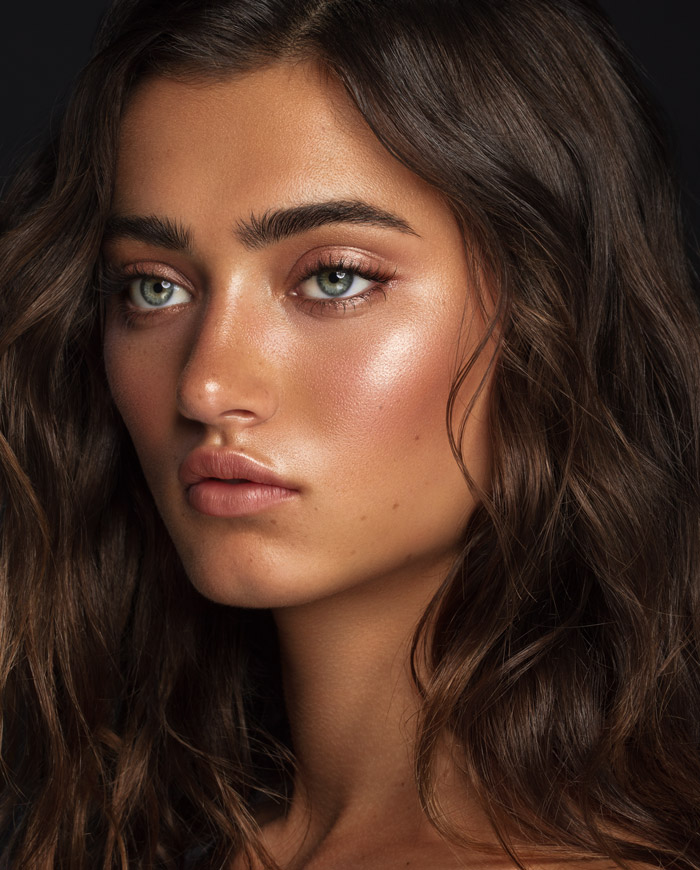 A widely known trick to make the eyes look brighter and more rested is applying bright eyeshadow (or highlighter) in the inner corner of the eye. Keep this in mind when retouching eyes and slightly dodge the inner corner, extending the dodged area in a thin line a little over onto the lower eyelid.

In order to visually “open” the eyes and make them look larger, makeup artists use light beige eyeliner applied to the waterline of the lower eyelid. A similar effect can be achieved by carefully cleaning the area of any mascara residue and dodging it afterwards.

The opposite approach with a dark eyeliner is used to give the round eyes a more almond-like shape. While creating the eyeliner from scratch can be tricky and often end up looking fake, you could still burn the waterline a bit for a similar and more subtle result.

8. An Extra Touch of Light

Highlighter is often used beneath the eyebrow, on the brow bone to make the brow arch seem higher, and the eyebrow itself more defined and clean. You can achieve such a look in post-production by slightly dodging the area under the eyebrow, but beware of creating a harsh transition with the eyeshadow – this may make the eye makeup look heavier than it was intended. 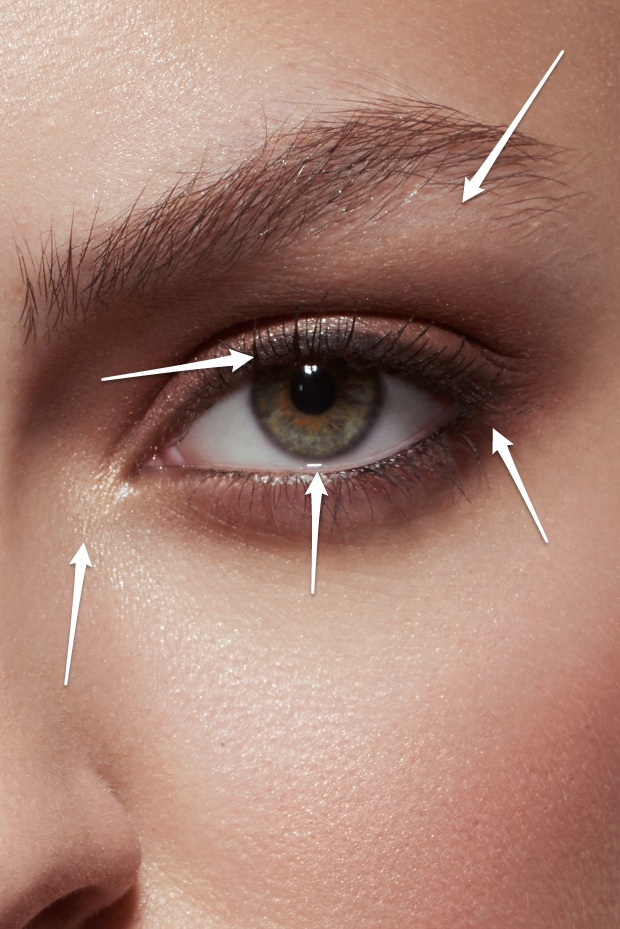 Highlighter in the corner of the eye and under the eyebrow, defined upper lash line and darkened outer corner.

You might have noticed that often a lip gloss or even a shimmering eyeshadow is used only in the middle of the lower lip. This visually adds volume to the lips, making them look fuller. So if you are working with non-matte makeup, avoid meddling with the highlights in the middle of the lip – it is often meant to be shiny and “crispy”, not smooth.

A useful tip that both retouchers and makeup artists use in their arsenal is adding definition to the “cupid’s bow”. It is usually done with the help of highlighters and recreated in post by carefully dodging the V-shape right on top of the middle of the upper lip. It gives the mouth more definition, creates a tidier look for the lipstick and makes the upper lip look slightly fuller. 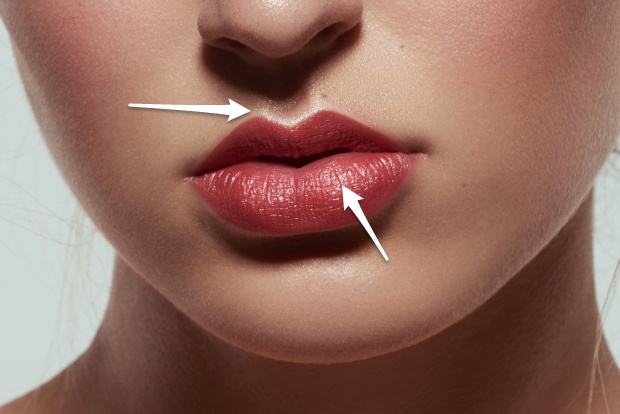 Defined “cupid’s bow”: highlights in the middle of the lip, following its natural shape

I intentionally have not mentioned contouring here – a technique embraced by makeup artists and retouchers alike with often great zeal. While the idea of using dodge and burn to create more volume in the face is not new in itself, I strongly advocate against “improving” the model’s face features with generous “sculpting”.

RELATED: Improve Your Retouching By Learning From Make-Up Artists

It often results in images looking cartoonish and greatly overdone. Moderation is key to all of our work process. After all, not everyone needs sharp cheekbones, full pout and feline eyes – people are beautiful in a million different ways and we are a part of a team of creatives that embraces and brings out that beauty in the images we create.

END_OF_DOCUMENT_TOKEN_TO_BE_REPLACED

2 thoughts on “10 Things You Can Learn From Makeup Artists”