While voice devices such as the Amazon Echo may not be present in every home just yet, they are showing an upward trend. Adobe recently released a report focused on voice devices, with data generated from the Adobe Analytics Cloud and Adobe Marketing Cloud.

Adobe measured over 14 billion visits to online retailers within the last year, combined with nearly 15 million mentions on social media around voice assistants and voice devices.

With 25 million voice devices expected to ship this year (and a 39% increase in sales last year), it’s no wonder why Adobe is paying special attention to this market segment. 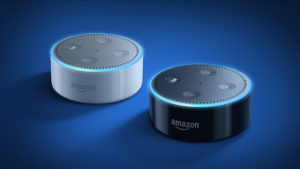 Enter Adobe Sensei’s AI-powered voice analytics, a new service that will monitor how users interact with voice devices such as Alexa, Siri, and Google’s Assistant. As we previously reported on the launch of Adobe Advertising Cloud TV, it is not much of a surprise that Adobe is utilizing Sensei’s machine-learning to make sense of massive sets of data obtained through their analytics platform. This will allow brands to further understand the customer journey where voice devices are concerned. 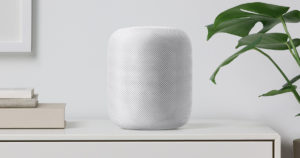 With 20 percent of mobile search queries being performed by voice, Adobe seized a great opportunity for furthering customer analytics. Adobe’s Analytics Cloud will allow brands to track voice usage based on what the original intent of the customer was, along with the actions that they planned to perform with that command. Through careful analyzation of that data, brands will be able to better understand customer behavior and personalize their marketing accordingly.

With Adobe putting Sensei through the paces over back-to-back service launches, they are opening up a world of possibility where their creative services could further benefit from powerful machine-learning. While audibly telling Photoshop to resize an image may be less efficient than keyboard shortcuts, the infusion of AI and the new features it can enable might make it onto our holiday wish lists.