Earlier this week, Adobe announced something that has been in the works since the iPhone first came out: the death of Flash. While most of the web has adapted, there are still online portfolios and other websites that run on Flash. Adobe will stop updating and supporting Flash at the end of 2020, and recommends that users migrate their websites over to HTML5, WebGL, or WebAssembly.

This gives those that are still utilizing Flash a few years to migrate over to those platforms, in order to ensure that those websites are more in line with open web standards.

For those unfamiliar with the reasons why Flash has been in decline over the years, it’s primarily due to the various security flaws that existed within it, making it difficult for Adobe to release patches fast enough in order to keep up with security threats from hackers or malware.

There are also a myriad of performance issues, with tests showing that Flash can slow down your computer down by almost 80 percent. 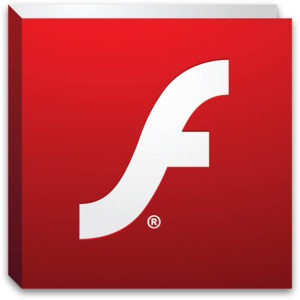 Last year, Google had announced that Google Chrome would default to HTML5, as well as banning Flash in display ads.

This comes on the heels of Firefox blocking Flash by default following several exploited vulnerabilities until a patch was issued.

However, when iOS devices were first released, this truly signaled the beginning of the end, as the only way to use Flash on those devices was to download third-party applications that enabled it.

Consider this a fair warning to ensure your website doesn’t get left behind. There are many services, particularly for portfolio websites, that are purely built on HTML5. If you were thinking about making an upgrade, now is the right time to do it.

END_OF_DOCUMENT_TOKEN_TO_BE_REPLACED

If you have been a loyal Adobe Lightroom user, you probably already know that Adobe discontinued perpetually licensed Lightroom 6 in 2017, and most likely support for it will eventually be dwindling too. If you are not planning to...

END_OF_DOCUMENT_TOKEN_TO_BE_REPLACED

Take a Peek Into The New Adobe’s Office in London

Have you ever wondered where Adobe magic is made? US multinational software giant Adobe, the creator of our very main retouching software Photoshop, has opened a new vibrant office in the UK to host its 600 employees. This colorful space...

END_OF_DOCUMENT_TOKEN_TO_BE_REPLACED

Mendr Brings Retouching to the Masses

With the growing popularity of on demand services like Uber, it’s no wonder why someone would create a photo editing option. Enter Mendr: an application that allows users to upload their photos for editing by a vetted photo editor. Mendr...

END_OF_DOCUMENT_TOKEN_TO_BE_REPLACED

Adobe Creative Cloud Subscriptions – The Devil is in the Details

We all love our Adobe products, but recently I had the misfortune of being caught by the Adobe Creative Cloud cancellation ‟penalty.” Turns out, when you sign up for any annual Adobe CC subscription that’s paid monthly, you’re actually committing...