It is a widely spread misconception that retouching as an art was born with the invention of Photoshop. Yes, digital retouching is relatively new, but analog post-processing was created hand in hand with photography in the beginning of 19th century.

There were a number of techniques that were used in the darkroom back in the day – dodging and burning, scratching the negatives, vibrating while exposing, blurring, airbrushing, painting the negatives, coloring; Photo-montage, or combination printing, was used to manipulate records of historical events or to create painting-like imagery. What’s more interesting, post-processing wasn’t only used in fashion and beauty, it was also a means of manipulating political photographs.

Today we will look at some of the most famous images retouched long before the invention of Photoshop.

One of the first known artists to use compositing techniques in his photographs was Henry Peach Robinson. 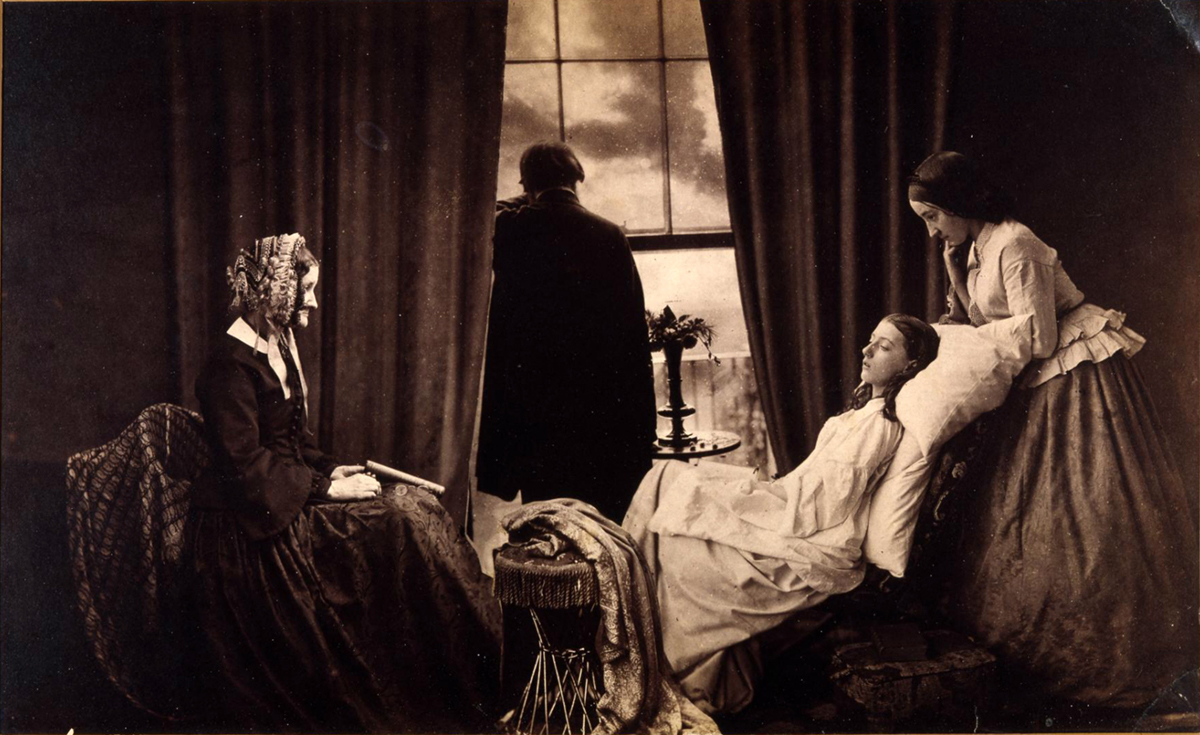 “Fading Away” is Robinson’s most popular composite image. It was manually put together in the darkroom using a technique called combination printing. It allowed him to join elements from different negatives, as well as manipulate the exposure in order to create the perfect photograph that embodied his vision.

George Hurrell’s image of actress Joan Crawford shot in 1931 is one of the most famous examples of glamor retouching in Hollywood. The demand for perfect body image was set way before Photoshop came into play. Hurrell’s retoucher James Sharp would smoothen the actress’s skin and remove the fine lines on her face to make her look younger. Sharp used a retouching machine which vibrated the negatives allowing him to manually paint away blemishes, freckles, and fine lines. 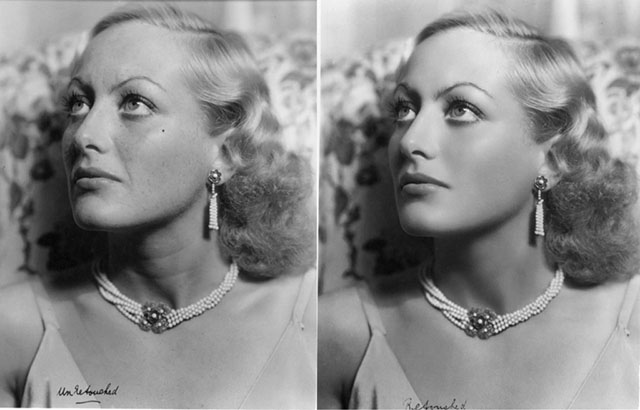 Before Avedon, fashion photography was plain and boring, models were just dressed up and photographed. He was the one who brought shape and motion into the genre and was famous for introducing creative retouching such as blurring, distortion, and montage into his fashion imagery. A great example of his creations is the image of actress Audrey Hepburn below: 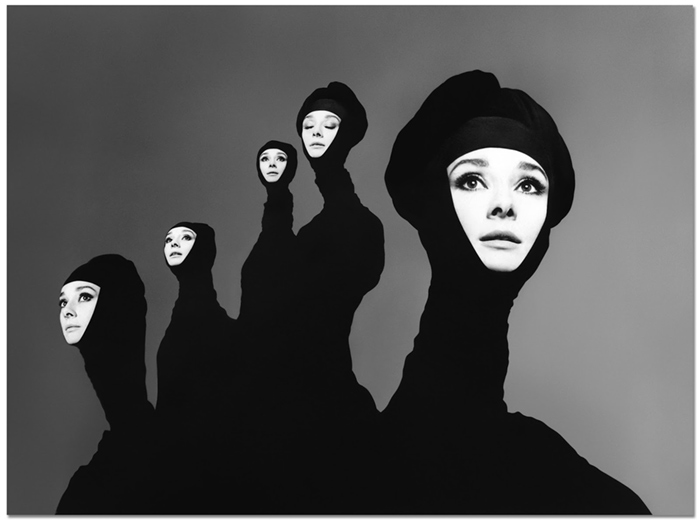 Avedon is also known for his expressive portraits, which were carefully dodged and burned to achieve the depth and contrast of his desire. The image below is an example of his retouching notes for his retoucher. 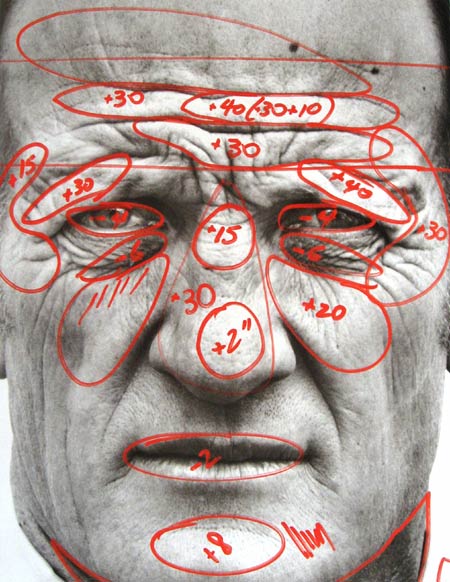 Retouching instructions from Richard Avedon to his retoucher

The numbers written indicate the seconds for which different areas should be exposed to achieve the final image.

Another famous photograph that has been well manipulated in the dark room is Dennis Stock‘s portrait of James Dean in the streets of New York. It was a common practice for photographers to give detailed instructions to their retouchers, outlining which areas to be lightened and which to be darkened. 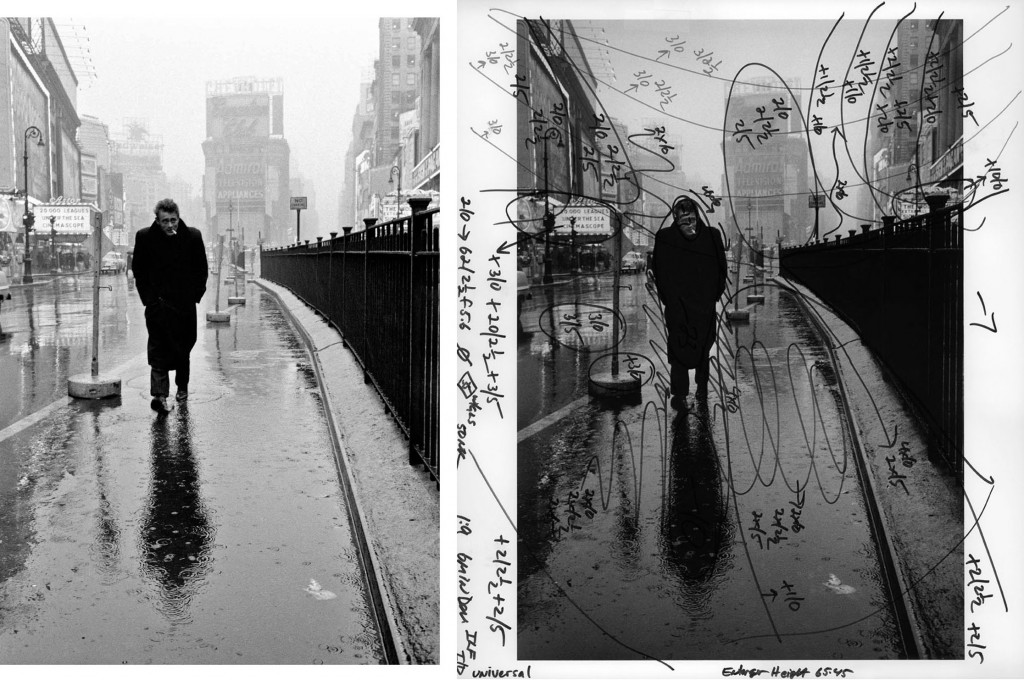 We cannot have a complete collection of best retouching examples from the past without mentioning the master of darkroom Dodging and Burning Ansel Adams. 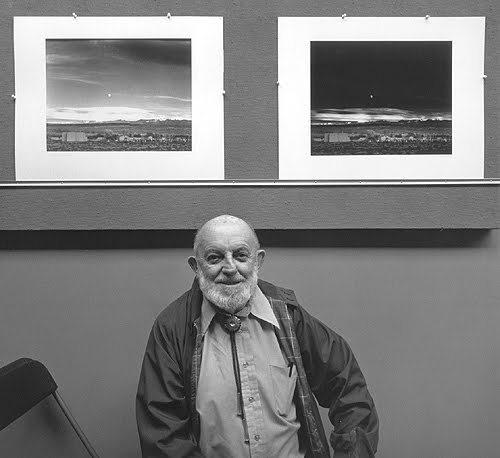 Ansel Adams pictured with Moonrise, 1941, original and final side by side

Ansel Adams was – and remains famous even after his passing – for his outstanding landscapes. He’s the photographer who invented the zone system and mastered dodging and burning in the darkroom. It was the post-processing of his images that made them more dynamic and eye-catching.

These examples bust the myth that before the digital era all photographs were untouched and came straight out of camera. The only difference between now and then is that today’s processes are digitalized, much quicker and more precise. It is fascinating to look back and see various techniques used in the analog era, as well as photographers’ markups and notes for their retouchers.

We hope you enjoyed this blog post. Let us know if you would like us to explore this topic further!

One thought on “History of Retouching: Photographers and Retouchers Synergy in the Analog Photography Era”