This year’s Apple Worldwide Developers Conference (WWDC) was an eventful one for Apple, announcing many exciting new software features and products.

Notably, the pro users (or power users) got the recognition they wanted, with a refresh of the Mac Pro, as well as Apple finally releasing a new display. We’ll discuss some of these in more detail, as well as one particular new feature that may give you the drawing tablet you’ve always wanted.

Using Your iPad as a Second Monitor & Tablet with Sidecar

We have previously reported on Adobe’s announcement of Photoshop for the iPad, which would bring with it the use of the Apple Pencil. The latest version of the Apple Pencil is incredibly accurate, and I highly recommend demoing one if you haven’t had a chance to see it in action. 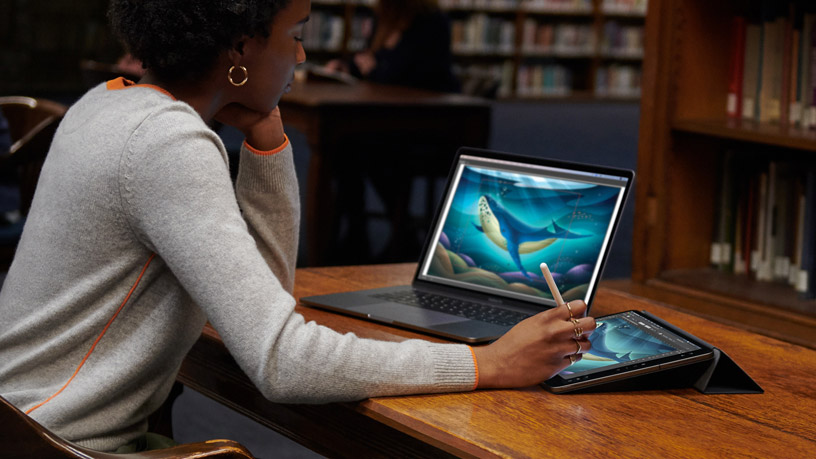 At WWDC, however, Apple announced a new feature called Sidecar, which will be available in their newest OS update for the Mac, Catalina.

Sidecar allows you to use your iPad as a second display, which can be very useful for retouchers. You can place your layers, properties, and other windows on your iPad, to free up more workspace for your images. The biggest advantage, however, is being able to use the Apple Pencil, turning your iPad into an alternative to the Wacom Cintiq.

RELATED: Full Photoshop on Your iPad Next Year

If that wasn’t enough, digital artists can rejoice, with the announcement of many iPad applications coming to the Mac OS, making it even more seamless to work across your devices.

Putting the Pro in Mac Pro

Known affectionately as the “Trash Can” Mac (I kid you not, I witnessed customers at the Apple Store toss trash into the Mac Pros on display), the 2013 iteration has been long overdue for an overhaul. With its unique circular design, it was a space saver but lagged far behind in terms of performance and expansion.

The new Mac Pro (earning itself the “cheese grater” moniker), has its eyes set on the highest end users. The processor can be configured from an 8-core to a 28-core Intel Xeon W processor, the RAM can be configured up to 1.5TB of DDR4 ECC, graphics can be configured with two of AMD’s latest Radeon Pro Vega II GPUs, and you have eight PCI Express expansion slots for customization to spare over the years. 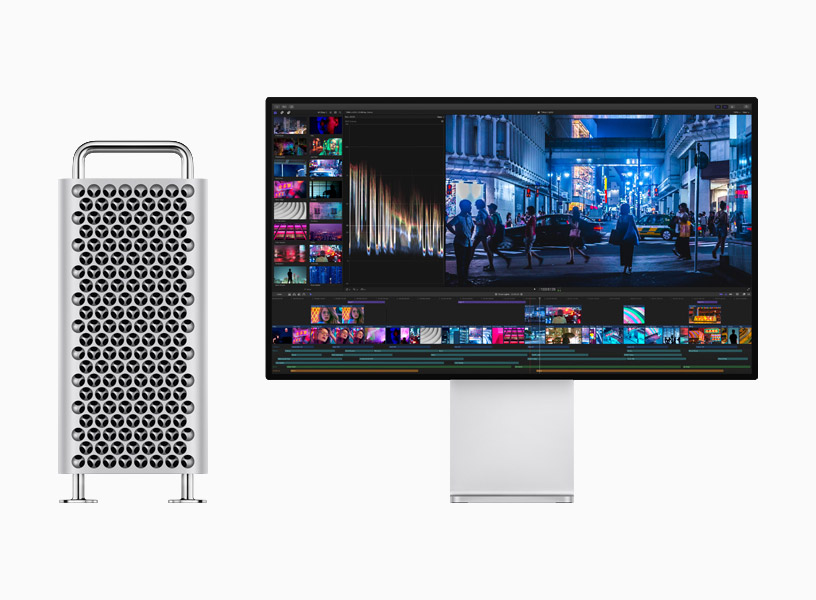 This computer finally feels like a pro-user computer and is aimed at the highest end of performance users. Video editing, 3D work, CGI, music, and photography will be easily conquerable tasks on this beast of a machine. In terms of what it will set you back, the base model is at the same price as the previous generation, at $5999.

The Cinema Display is Reborn as the Pro Display XDR

If you happened to watch the keynote for WWDC, you might recall an audible gasp from the audience when the price of this monitor and its stand were announced. Be that as it may, for the professional user, Apple isn’t far off the mark with its latest offering.

The Pro Display XDR is a 32-inch Retina 6K display, with up to 1600 nits of brightness, an impressive 1,000,000:1 contrast ratio, HDR, 10-bit color depth, A P3 wide color gamut, as well as programmed reference modes for ensuring color accuracy across a range of displays. 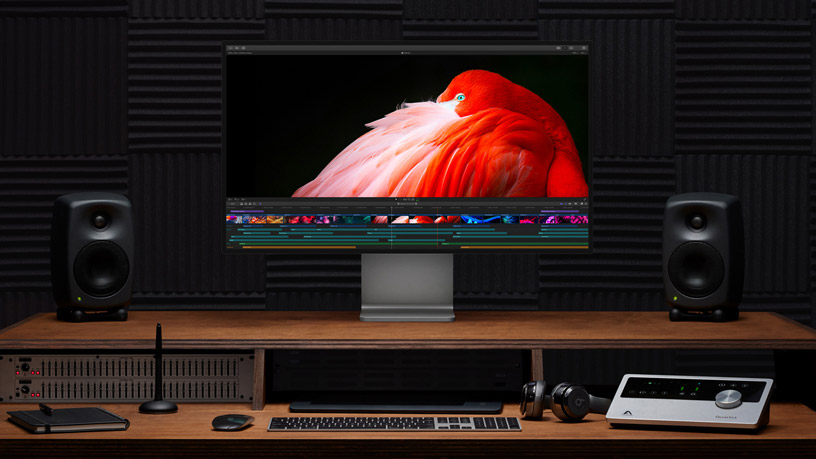 So let’s talk about the price because the gasp wasn’t about the $4999 that the monitor is, but the $999 price tag for its stand. Unless you’re planning to use the $200 VESA mount, that $999 is your only non-DIY option. While the stand allows you to move and rotate the screen easily into a portrait mode, it is still a price tag that would have been a much easier pill to swallow if they just presented the Pro Display XDR as $5999.

For price comparison on the higher end, a Flanders Scientific 31″ 4K HDR reference monitor will set you back $45,000. For a brand that most photographers are familiar with such as Eizo, a ColorEdge CG319X 31″ Calibration IPS monitor runs at a comparable $5,989.

Seeing will be believing when it comes to the new Pro Display XDR, as one of the primary complaints about these types of displays is how they attain anti-glare or a matte finish. Apple is touting a new technique utilizing nano-texture glass, which features an etching into the glass at the nanometer level, resulting in a reduction of reflection while maintaining color accuracy and contrast.

While most freelancers would not consider an investment like this for their monitor, working professionals might see the benefit. Apple’s target audience is certainly at the far end of the industry spectrum.

Aside from these Mac-related updates, we can all agree that dark mode will be a welcome addition to iOS and iPadOS. What feature are you most excited to see that was debuted at WWDC?