In this post our Guest Artist Michael Herb, Commercial, Editorial and Conceptual Photographer from Las Vegas, NV talks about the importance of self-promotion for artists and shares his own methods. I absolutely agree with Michael on how necessary self-promotion is, hope you hear him too and can learn from his approach.

No one is going to come knocking on your door or call you up and offer you some fat sum of money. Well… at least not until they know you exist and how great you are at what you do. As a freelance photographer, retoucher, painter, sculptor or any artist, it is part of your job to make your existence known to the world.

Self-promotion can be tricky, especially for artists. Most I know, including myself, are Introverts and would rather curl up in a fetal position than knock on someone’s door to say “Hey, look at me… Aren’t I great?!” However, self-promotion is paramount in the progression of your career and the question isn’t whether to, it’s how to!

In a crowd of people wearing all black, it’s the one wearing the red who you notice. In other words, in a sea of talent how do you stand out just high enough to make yourself visible?

Ask 10 artists how to self-promote and chances are you’ll get at least 11 different methods. So, I won’t pretend to have the answers nor will I preach about one method over another. What I will do is simply tell you what has worked and what is working now for me. 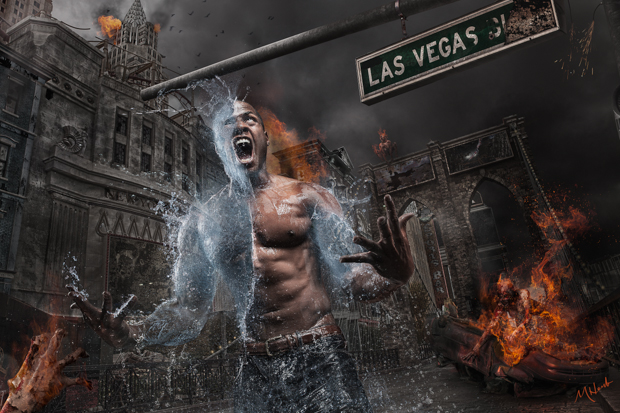 If you’re not spending part of your day or at least a week promoting yourself, you are not doing enough. Be proud of your work and have confidence in it and your abilities. Don’t be afraid to let people know what you do. A quick introduction now can lead to a job a year from now. You never know!

As a commercial Photographer my target audience isn’t the consumer, it’s the corporations and the Ad Agencies. In an ideal world it would be nice to send each company or agency a package of 24×36 inch prints. You know, so big they can’t not notice! However, that is both impractical and financially crippling. It also would be a bit pretentious. I wanted to make a large impact yet leave a small footprint. But how? 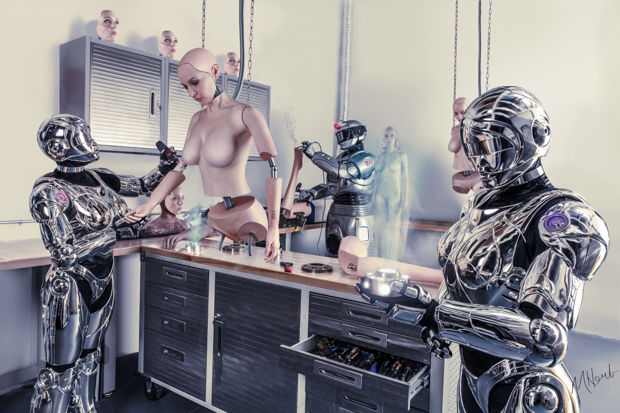 I came up with a few ways that have worked for me. First and foremost it is a solid website with an easy to navigate interface and nice big pictures. Second is a physical portfolio. This is something you send out. Be it a hardcover book, box of prints or even an iPad loaded with your images. Something physical, people can see, touch and feel can not be underestimated!

RELATED: How to Build Your Dream Retouching Portfolio in 5 Easy Steps

I took it a step further at some point and spent 5 weeks buried in After Effects and Premiere creating a 2.5-minute promotional video that showed an exploded 3D view of a few of my most complex images. I’ll admit, not a new technique but I felt that images cut to the beat of the music then exploding, really made an impact!

It’s certainly not a substitute for a traditional print (or web) portfolio as it didn’t give the viewer enough time to really appreciate the images. However, it wasn’t really aimed to do that. Instead, I created it to resemble a movie trailer. A small taste of the work of Michael Herb. All in hopes that it left them wanting more and pushed them to my website. In the end, it turned into a great supplemental promotion piece. 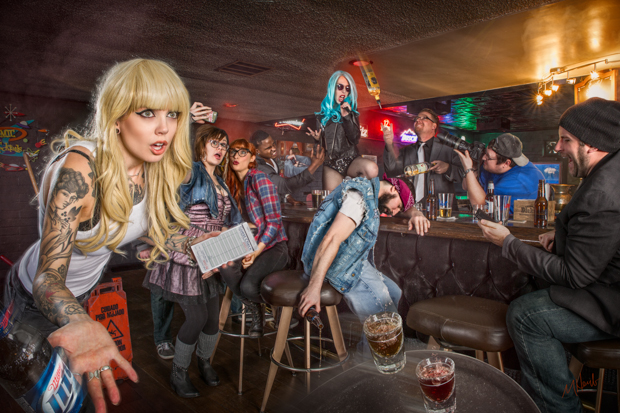 Think of a soft drink … I bet it’s either a Pepsi or Coke product. What do companies like Pepsi, Coke, McDonalds and Burger King all have in common other than keeping people overweight? Great Marketing… and the key to great marketing is staying relevant.

Staying Relevant in the eyes of those who can hire you is an often overlooked aspect of Self-Promotion. It’s rare, but sometimes all it takes is the first impression with a potential client, but chances are they’ll forget you.

Keeping yourself in their sites can be as easy as periodic emails or quarterly postcards. I like to keep a list of agencies that I keep up with every couple of months. One thing I’ve learned is that Creative Managers and Art Directors don’t really like cold calls. The “Hello, my name is Michael Herb” may seem like the right approach, but imagine it from their perspective. There are more artists than agencies and if everyone called to introduce himself they’d never get any work done.

Once you’ve made yourself known and landed a few jobs, the Self-Promotion Machine will get augmented with the Word-of-Mouth machine and together your reach will expand.

Hey… you just may start getting those calls with people offering you a nice stack of cash!

Commercial, Editorial & Conceptual Photographer from Las Vegas, NV. You can see more of Michael’s work and follow him on his:
Facebook / IG @michaelherb / www.michaelherbphoto.com

As freelance artists, it is our sole responsibility to market our work so that we can gain a loyal clientele. While many artists can produce work that will please their clients, they often struggle when it comes to self-promotion...

END_OF_DOCUMENT_TOKEN_TO_BE_REPLACED

Gone are the days of traditional marketing and a well-designed website being the go-to strategy for gaining new clients. Social media has made itself king, with Instagram currently reigning supreme. While dependence on one social network can be worrisome...

END_OF_DOCUMENT_TOKEN_TO_BE_REPLACED

There are so many similarities in business practices among different creative fields, that I constantly pick up great advice from brilliant people of completely different professions than my own. I am a big fan of the great blog for writers Write...

END_OF_DOCUMENT_TOKEN_TO_BE_REPLACED

When Are You Good Enough to Become a Retouching Freelancer?

Waking up all hazy, you raise your head up, your eyes slowly focusing back in, you come to and suddenly realize, you fell asleep at your day job, again. Most days, you find yourself unfulfilled, bored and unchallenged. Back at...

END_OF_DOCUMENT_TOKEN_TO_BE_REPLACED

Six Reasons Why You Might Not Be Getting Retouching Jobs

Being a freelance retoucher in the beauty, fashion, and commercial industries can be incredibly competitive. Gaining loyal, repeat clients should be the top priority of every retoucher. In the beginning, however, finding your way can be a real challenge. Below...

END_OF_DOCUMENT_TOKEN_TO_BE_REPLACED

Most today's successful retouchers have learned how to build and maintain their retouching business the hard way, through trial and error. As time passes, I am working more as a freelancer, and even though the safety net from the day...

END_OF_DOCUMENT_TOKEN_TO_BE_REPLACED

Have an Audience Curate Your Best Photos With cinnac

Have you ever shared a photograph to social media that you personally adored, but found the reception from your audience to be disappointing? What about an instance where you shared an image you felt lukewarm about, only to receive...

END_OF_DOCUMENT_TOKEN_TO_BE_REPLACED

As a photographer or a retoucher, there is one commodity that is important above all others: your time. Setting aside your skills, creativity, and style, it is your time that is the intangible product your clients invest in. Learning how...

END_OF_DOCUMENT_TOKEN_TO_BE_REPLACED

How Much To Charge For Retouching. Part Two: Project Billing

In ‘How Much To Charge For Retouching Part One: Billing Hourly’ we took a look at hourly billing, the positives and negatives that it brings as a pricing model, and a rough idea of a typical hourly retoucher’s fee. In...

END_OF_DOCUMENT_TOKEN_TO_BE_REPLACED

How Much to Charge For Retouching. Part One: Billing Hourly

One of more frequent questions we’re asked at Retouching Academy is ‘how much should I be charging for retouching?’ Tutorials, articles, and advice on how to improve your retouching output are widely available, but the issue of pricing can...

END_OF_DOCUMENT_TOKEN_TO_BE_REPLACED

To Work Or Not To Work… For Free

In the creative industries right now, there's been a surface of a long building outcry against the expectation from some quarters that we as professionals work for free, for the promise of future work, or for that old classic...